Learn how we handle bookings, safety, and health in times of pandemic and after READ MORE 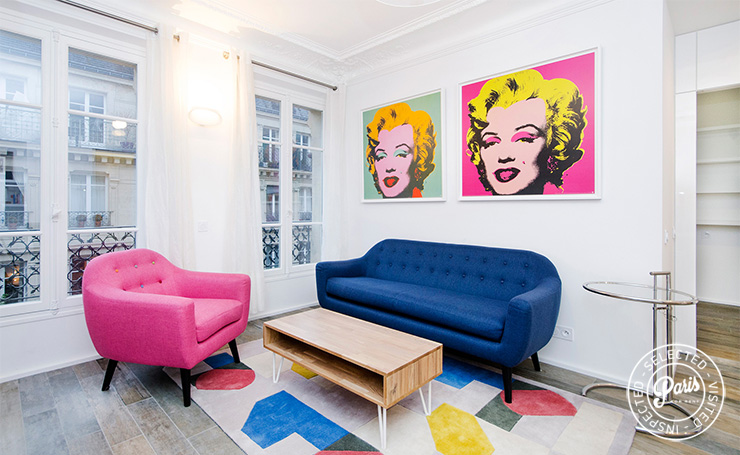 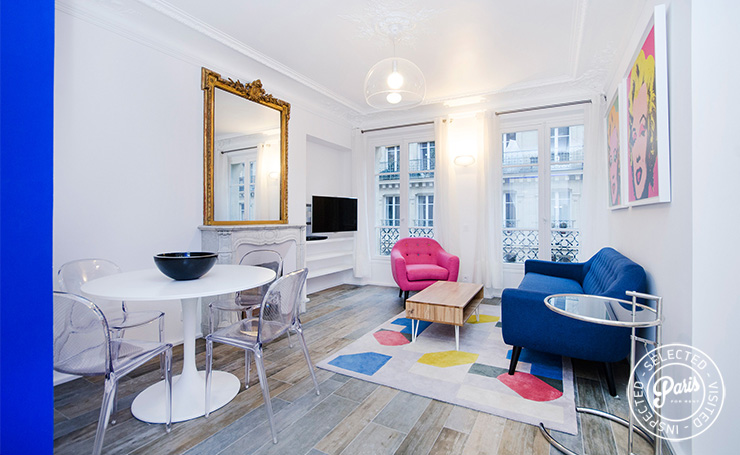 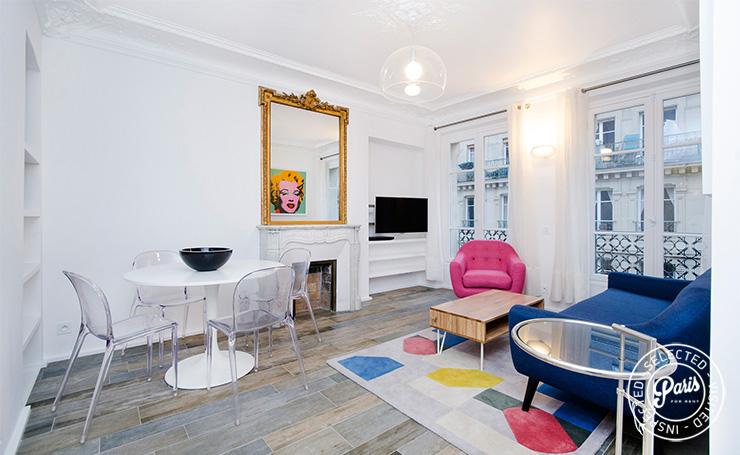 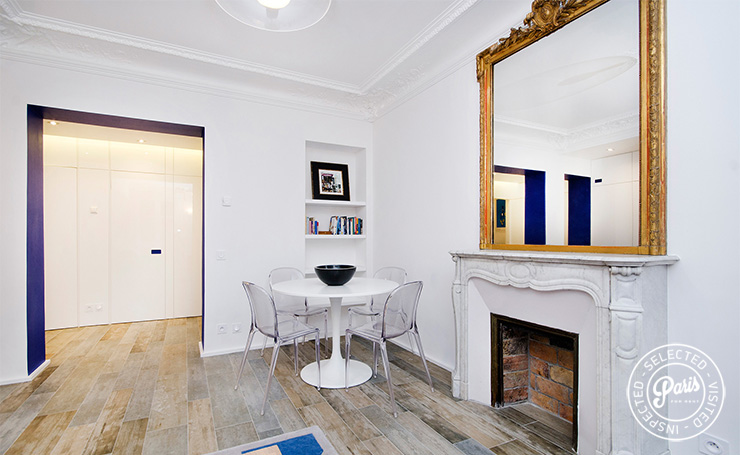 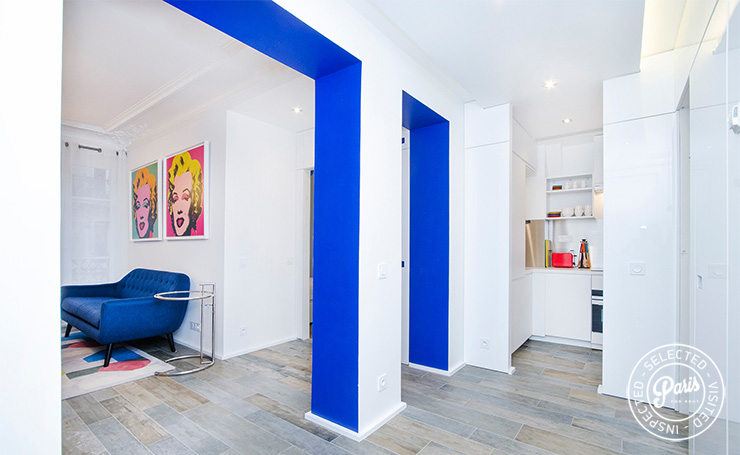 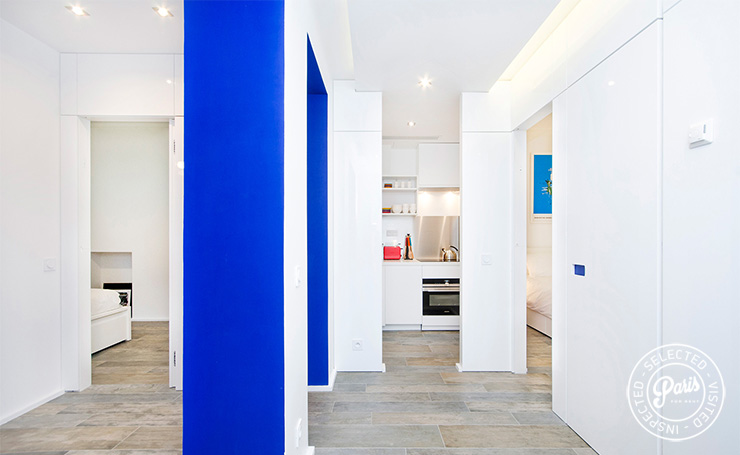 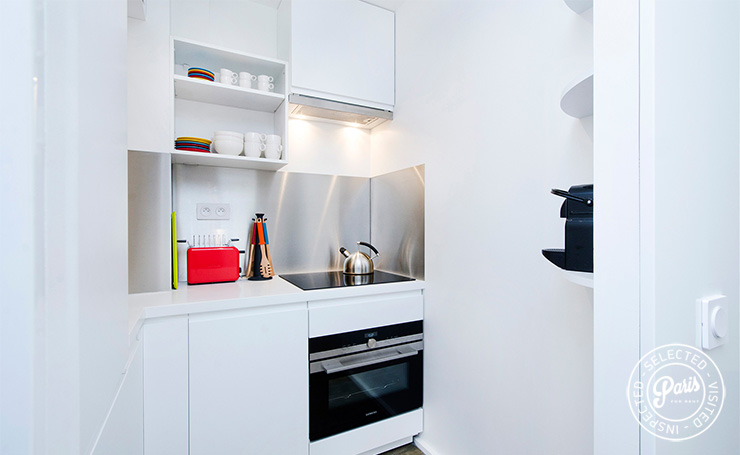 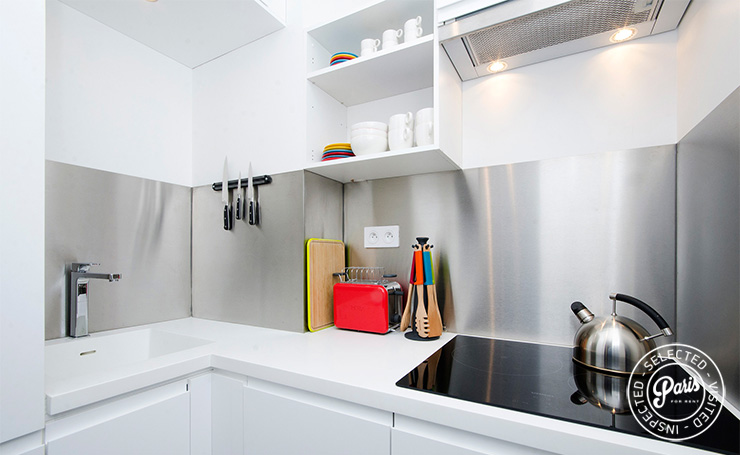 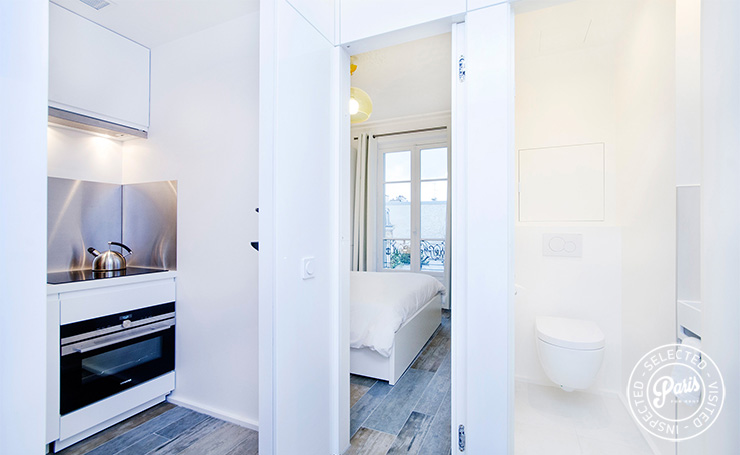 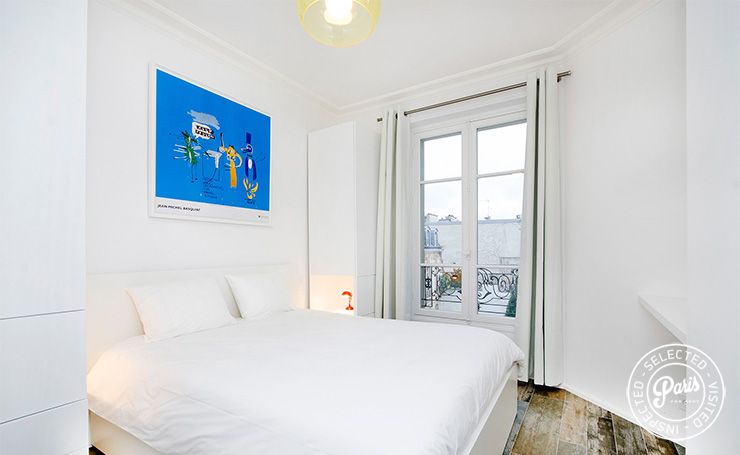 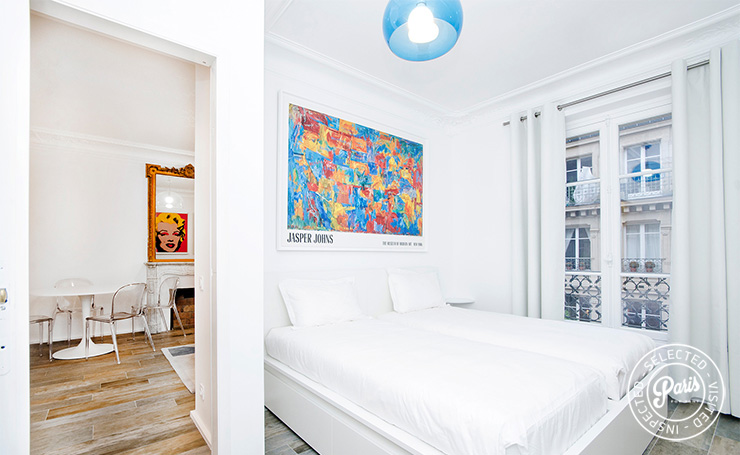 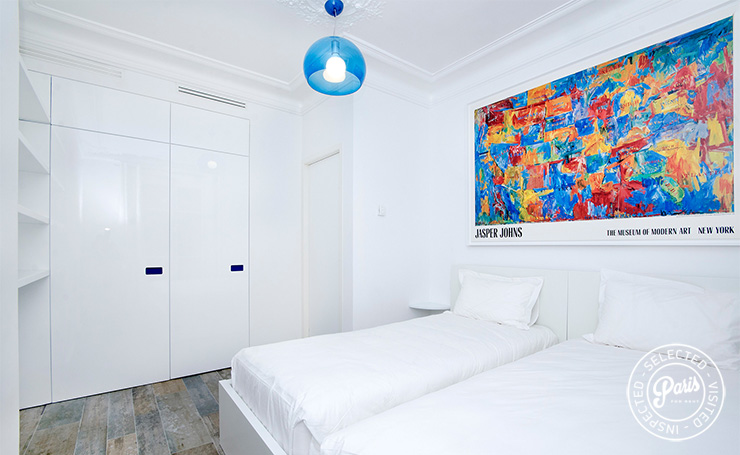 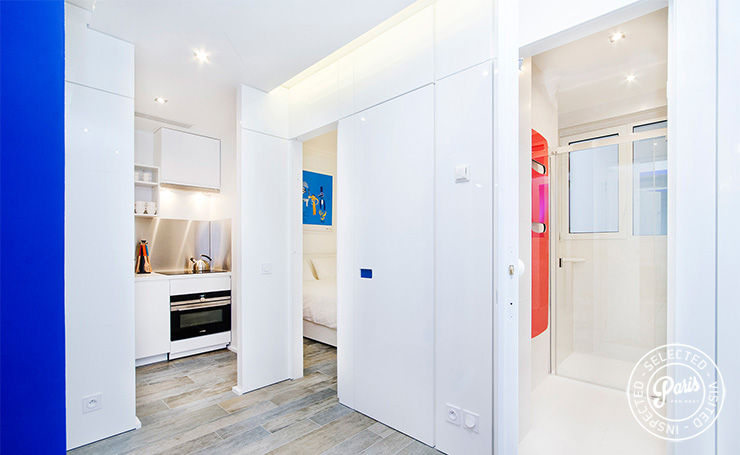 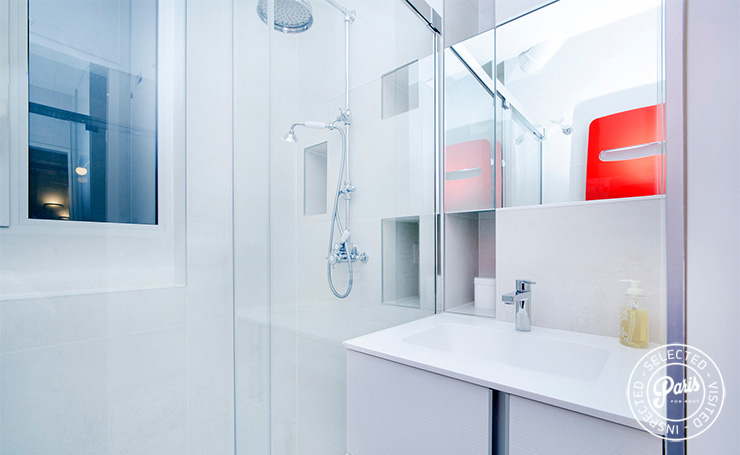 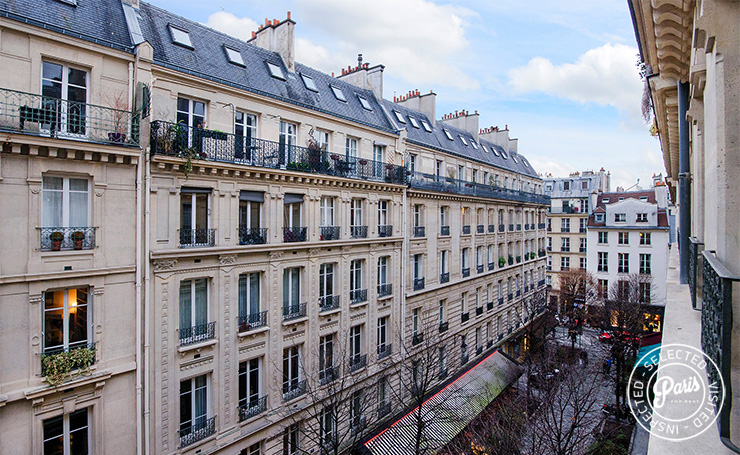 A bright and colorful living room offsets the designer minimalism of this fifth floor, two bedroom apartment on the rue du Tresor—a pedestrian street lined with flowers in the warmer months and just two minutes from Marais’ rue des Rosiers.

The living room looks out toward two sets of large double windows, the Warohl's Marilyn's prints illuminate the room and give a contemporary look and feel in this apartment. The blue roy sofa and the pink chair are delightfully finding their place with the artwork. All over the artwork and midcentury modern accents. Accessible by the center hall the kitchenette is efficient and offering the basic amenities to fix a quick breakfast.

Marked by its sleek lines of blue roy and functional simplicity, this apartment will make a wonderful home while enjoy central Paris and all the wonderful restaurants it has to offer.

There are two bedrooms, one with a queen bed and the other with two single beds, both maintain the apartment’s Modernist white walls.

The apartment also includes a luxury Boffi bathroom with signature washbasin, glass walled shower, and bathtub. The bathroom and the separate WC, which also features a Boffi washbasin, are accessed through streamlined doors hidden in the hallway walls.

WHAT WE LOVE
WHAT TO KNOW
ALL RESERVATIONS INCLUDE
Central AC throughout the apartment. Enjoy high-speed Internet, WiFi, and flat screen television. The unit has all new appliances and elevator access.

The Marais is one of the most ancient and picturesque parts of Paris, characterized by its unique 17th century buildings and elegant stores and restaurants. For visitors who wish to explore Paris on foot, this is an excellent point from which to do so, for the marvellous Marais district includes the Place des Vosges, Picasso Museum, Carnavalet Museum, Hotel de Ville and of course the Louvre Museum.